Here we have a face-off between Fiat’s attempt at breaking into the American market, and MINI’s attempt to preserve their dominance in the compact market. The Fiat 500X vs. the MINI Countryman.

When you buy through links on our site, we may earn an affiliate commission. Learn more here.

On the inside, the Fiat 500X offers more space in the front and the back, with 1 inch more front legroom and .3 inches more rear headroom than the Countryman.

Inside, both seat the same number of people, but the 500X has less cargo space than the Countryman.

Additionally, the 500X comes standard with a cap-less fueling system. The fuel filler is automatically opened when the fuel nozzle is inserted and automatically closed when it’s removed. This eliminates the need to unscrew and replace the cap and it reduces fuel evaporation, which causes pollution. The Countryman doesn’t offer a cap-less fueling system.

The FIAT 500X is a little narrower than the Mini Countryman, which makes it a little easier to park, but both are about the same length.

As for handling, the 500X has a tighter turning circle than the Countryman, 36.3 feet vs. 37.4 feet, making it a little easier to maneuver.

The 500X has a 7.9-inch minimum ground clearance while the Countryman has 6.5 inches, which means the Fiat 500X has great off-road capability.

The Countryman’s maximum trailer towing capability is 0 pounds while the 500X has up to a 1000 lbs. towing capacity.

Both vehicles have nearly the same basic warranty.

The Fiat 500X has adjustable front seat seatbelts and Reactive Head Restraints come standard—these headrests are designed to protect the driver and front passenger from whiplash in case of a rear-end collision.

All Wheel Drive is standard on the 500X but is an additional charge on the Countryman.

Some models of the 500X include an optional lane departure warning system and blind spot warning system, but the Countryman doesn’t offer these on any trim level.

The 500x might be the car to help Fiat make an impact in the US market, with the basic concept of turning a small car into a larger car without losing its signature Fiat characteristics. A compact, useful new model, the 500X is Fiat’s first small crossover SUV, a class of vehicles in high demand these days.

Regarding design and styling, Fiat takes the cake with the 500X. The car was drawn in Italy, and received a classy Audi-like look, walking away from the previous design of its cousin the 500L. The Trekking and Trekking Plus models were presented with a more rugged look in their front and back ends.

While Fiat is trying to expand its horizons, MINI’s only available all-wheel drive vehicle is back to solidify its place as the king among a growing class of small crossovers.

There are no significant changes in design for the newest version of MINI’s crossover, except for the Park Lane. A special-edition model of the Countryman. 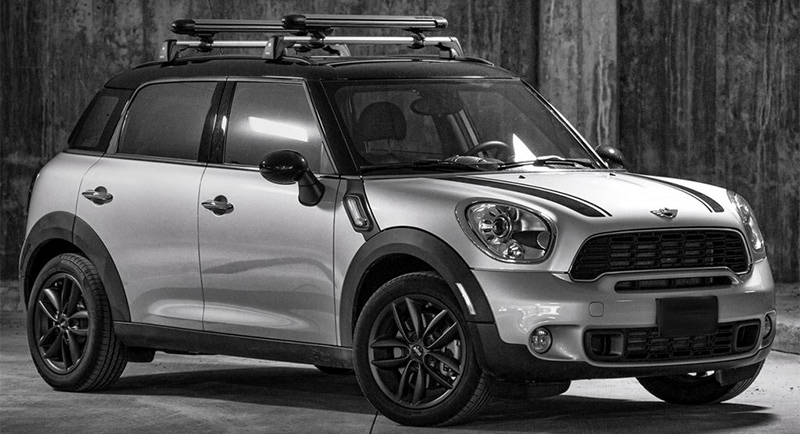 Both cars split in the fuel economy category. The 4-Door Countryman comes ahead of the 500X Pop in economy driving in the city, with a 27 mpg estimate, while its Italian counterpart consumes an estimated 25 mpg driving in the city.

Nevertheless, the 500X has better highway mileage. Clocking at 34 mpg on the road, against the Countryman’s 32 mpg consumption.

The engine for the base 500X Pop model is a 1.4-liter turbo four with 160 horsepower. All the MINI Countryman models come with 1.6-liter fours engines, the difference is that on the S and John Cooper Works ALL 4 models, the engine is turbocharged, reaching 211 horsepower in the JCW model. The more advanced versions of the Fiat 500X run on a 2.4 engine that can make 180 horsepower.

The Fiat 500X is available at a slightly lower price, with the basic 500X Pop starting at $20,000. While the most expensive model is the Trekking Plus, which is starting at $28,210 according to FiatUSA.com.

When you buy through links on our site, we may earn an affiliate commission. Learn more here.

This site uses Akismet to reduce spam. Learn how your comment data is processed.