The jeep wrangler is among the most iconic vehicles, guaranteeing outstanding on-road and off-road driving experience.

There are multiple versions of the jeep wrangler in the market, each featuring unique characteristics based on the model and year of manufacturing.

Despite its excellence regarding performance, specific years performed better than others because of their differentiation in features available.

This article looks to categorize the best and worst years of the jeep wrangler and what each has to offer.

The 2018 model is by far the best variant of the Jeep Wrangler.

Some of its outstanding aspects include a fuel efficiency of 25 MPG, smooth off-road handling, and a variety of trims for you to browse.

Other models, like the 2012 Jeep Wrangler, is one to avoid as it performed poorly on customer evaluation with reports of failing acceleration, loud noises, and airbag malfunctions which significantly affected the vehicle’s safety rating.

Here is everything you need to know about the Jeep Wrangler and its best and worst year models.

Why Are Some Years Good?

Most of the variants found in the jeep wrangler’s best years maintain a decent fuel consumption rate despite their design and off-road configuration.

The Jeep brand is known to produce fuel-guzzling vehicles, but newer models are more efficient at moderating the fuel required, improving fuel efficiency.

The Jeep Wrangler is a reliable vehicle primarily because of its on-road and off-road configuration.

A vehicle with such a configuration eliminates all worries of your suspension locking when off-road and no more irritating clunks on the road.

Jeep vehicles are notorious for compromising comfort to focus more on performance and efficiency.

However, the best years of the Jeep Wrangler feature outstanding comfort features without sacrificing ability and performance.

Variants like the 2011 wrangler are among the most comfortable Wranglers, delivering excellent handling and smooth riding regardless of the terrain.

Choosing a vehicle with an inefficient drivetrain will see you invest chunks of resources in paying for irritating repairs.

Some Jeep Wrangler models had issues with their drivetrain efficiency, but some upgrades in the 2010 model year resolved them.

Why Are Some Years Bad?

Some Jeep wrangler years are bad because of too many upgrades from the manufacturing team.

Deciding to include numerous high-end upgrade features on one vehicle might not be an ideal move, as it may result in other unforeseen complications.

The Jeep Wrangler features a unique appearance that mainly exploits its off-road and rugged appeal.

Most customers complained about traditional SUV-like builds and boxed lights that did not reveal the Wrangler’s true essence.

Integrating on-road and off-road capabilities in one vehicle is not an easy task.

In some years, the manufacturing team made a few configuration adjustments that led to an inefficient on-to-off-road transition.

The experience was rockier and bumpier than other models, which guaranteed smooth transitions in every drive.

This issue was more common with earlier models; modern variants are more than efficient in their configuration.

The Best Years of the Jeep Wrangler

The bar was set high by the Jeep Wrangler 2018 model with outstanding performance ratings and an astonishing build design.

It features the classic box-like appeal most Jeep vehicles have, and everything is upgraded for a more modernized feel.

Compared to previous models, the 2018 model is more comfortable and easier to drive thanks to the featured upgrades.

Other features like a decent fuel consumption rate and exemplary handling and control characteristics make this variant the best overall Jeep Wrangler model of the year.

Jeep is not the preferential brand for vehicles offering smooth riding capabilities.

However, the 2011 Wrangler variant guarantees exemplary handling skills on both off-road and on-road to deliver a satisfactory driving experience all through.

According to a report by Auto Trader, over 600 Wrangler models have featured cushioned seats for improved comfort since 2011.

The 2010 Wrangler variant is outstanding for its reliable drivetrain, allowing you to choose between an automatic and manual transmission.

This was a unique upgrade where the manual configuration was 6-speed while its alternative featured a 4-speed structure.

It featured a 3.8L V6 engine which was more than efficient for adequate power generation to handle even the most challenging off-road conditions.

Unlike other Jeep vehicles, this model proved fast enough and featured an outstanding acceleration to keep up with the highway traffic.

Reliability was the main focus of this trim, and the manufacturers successfully built a reliable Wrangler variant.

The effect of technology on the auto industry is unimaginable, and the 2019 Wrangler model features ideal technical upgrades.

The manufacturers steered away from the traditional methodology and integrated this variant with advanced technological features without altering its appearance.

These additions include a touchscreen console, cushioned power seats, and a high-end sound system.

According to reports from critics and Jeep owners, the 2012 model of the Jeep Wrangler is among the “not so great” variants.

Some of its significant mishaps include low comfort standards, poor control, and stability complications when at high speeds.

The stability issue was a burning concern and was backed by numerous claims of frequent and careless roll-overs.

Other aspects contributing to the poor rating include an overheating engine, lousy acceleration, and semi-slow speeds.

Although the Jeep Wrangler is not the quietest vehicle, the 2008 Wrangler variant is the noisiest in the catalog.

Driving this vehicle variant on the road was a little too loud and even more deafening when off-road or at high speeds.

Factors that contributed to its noisy nature include the bumpy suspension and its insulation-free underside.

Other factors resulting in the poor performance of this variant include rough handling and poor comfort standards.

The Jeep Wrangler is a vehicle that can guarantee you satisfactory driving experiences, provided you select the ideal model.

The 2018 model is the best, while other variants like the 2012 and 2008 models should be avoided because of poor performance ratings.

Regardless of consumer complaints, all the variants in the Jeep catalog are worthy of at least one driving session before making your final decision. 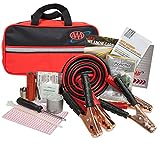