Believe it or not, all 50 states have some form of window tint laws.

Although, some states provide a bit more leniency, such as in Arizona where the sun beats down nearly 365 days 24/7.

Idaho, however, has standard window tint laws and standards that citizens must follow.

You might want to tint your car’s windows to protect your privacy, ward off potential robbers, or keep your interior cool during the summer.

No matter your reason, you should still keep in mind Idaho’s window tint laws to prevent penalties and fines associated with the accessorizing.

You might think the government would have a simple explanation as to what tint level is allowed or not.

But Idaho has a few specifications concerning window tint such as the AS-1 line rule and light transmission.

The AS-1 Line Rule

Per Idaho window tint law, individuals cannot have a reflective coating, tint, or screen placed below their vehicle’s AS-1 line on the windshield.

The AS-1 line exists on most vehicles and extends across the glass’s width approximately five inches below the windshield top.

If a car does not have an AS-1 line or is not readily apparent, the Idaho law states that individuals cannot have tinting below six inches from the windshield top.

As a rule of thumb, window tint is determined based on light transmission, the amount of total light that passes through the windshield or tinting material expressed in percentages.

For Idaho, non-reflective window tint may allow for no less than 35% light transmission, give or take 3% for tolerance.

This rule applies to the front side windows and rear windows on the vehicle.

As for the general side windows, non-reflective window tint may allow for no less than 20% and no more than 35% with a 3% tolerance gauge.

Individuals may have windows with a non-reflective window tint on the windshield of no less than 70% and no less than 20% on the other windows only if the individual can provide written medical verification.

Individuals with a written pass from a physician for a medical condition that requires window tint must have the verification readily available if apprehended for window tint in Idaho.

How Do You Calculate Your Windows Light Transmission?

Measuring your windows’ light transmission is a bit complicated.

You first need to measure the light source with a photometer detector away from the tint or sunscreen on the car.

Once you get that measurement, you can measure the tinted window’s light transmission.

To do so, you will use the detector to measure the light source through the tint.

You should get a reading about how much light transmits through the tinted material.

If you don’t have a detector handy, which you most likely don’t, you can always confer with the tinting source.

If you took your car to the shop, they should have a record of what transmission level they applied to your car or for the tint in general.

Stickers and Certification for Window Tint in Idaho

While some states may require a visible sticker on your windows to state that you’ve legally tinted your windows, Idaho does not.

You should, however, carry with you at all times, or keep in your car, medical certification records in case you get pulled over for your tinted windows.

Similarly, places and manufacturers that provide window tinting services do not have to certify that the film they sell in Idaho.

This means that if you get pulled over for your tint, the police can not go after the tint manufacturer with an infraction too.

Can You Get Pulled Over for Tint in Idaho?

You can get pulled over for tint in Idaho if your vehicle does not appear to adhere to the state’s laws and standards.

If you get pulled over, the attending officer can request information regarding your windows tinting and evaluate them.

If the officer finds that your vehicle’s windows do not comply with Idaho state law, you will not get arrested, but you will receive an infraction.

Getting a traffic infraction means that you get a written warning and will have to pay a penalty fee.

In Idaho, the infraction fee will cost $67.

Why Does Idaho Have Window Tint Laws?

Much like the rest of the United States, Idaho’s window tint laws exist to protect police officers and other law enforcement members.

When approaching a vehicle, an officer needs to see inside without obstruction to correctly and effectively assess their situation.

If a car has windows so dark an officer can’t even make out the individual in the driver’s seat, who’s to say what the driver may harbor in the backseat?

Tinted windows also pose a threat to the general population.

The government enforced the laws to protect law enforcement and Idaho citizens from potential car accidents, too.

Just as an officer needs to see a driver’s movements when pulling them over, an individual driving should see what other drivers are doing on the road.

For example, if someone is texting and driving and may run a red light, a driver on the opposite roadside should see the situation to avoid a collision. 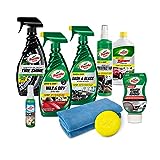